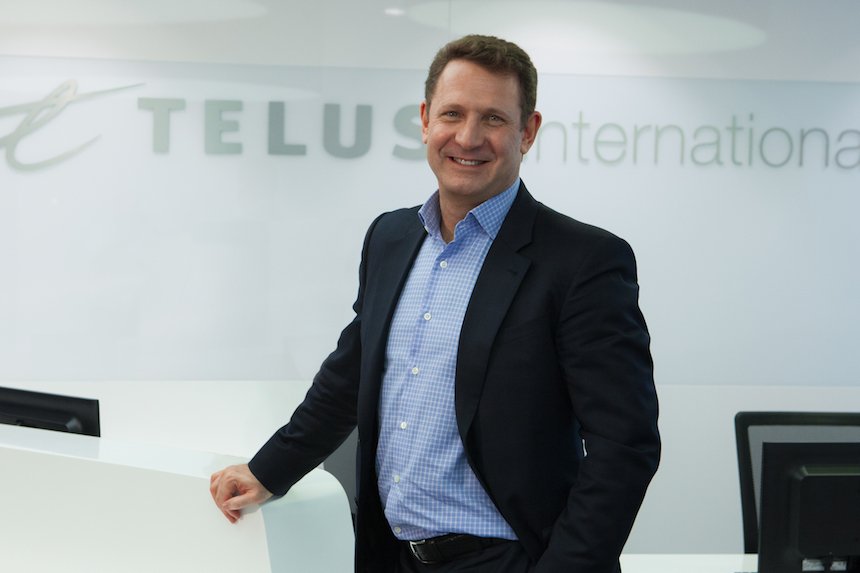 Telus International Inc. today reported its fourth positive earnings surprise in the past four quarters on 19% year-over-year revenue growth, substantially higher earnings and a forecast of continued double-digit revenue gains for the year with healthy profitability.

But while the company stock bounced 4% higher on the news, its shares are still down more than 33% for the year, well ahead of the roughly 22% decline in the Nasdaq as a whole.

A somewhat bemused Telus International Chief Executive Jeff Puritt (pictured) summed up the disparity in a way a lot of his peers in other technology companies would probably: “The stock market knows the value of nothing and the price of everything,” he said. On the bright side, “We’re doing better than our peer group, which is down around 40% for the year.”

Telus International, which makes products and services centered around digital customer experiences, went public early last year in the biggest initial public offering of a technology company in Canadian history. The deal was part of a spinoff from parent Telus Corp., a $ 34 billion telecommunications giant, with the parent company retaining a two-thirds stake. It provided Telus International with $ 500 million in capital to repay debt and fund acquisitions.

The newly independent firm has largely delivered on its promises to diversify its business both geographically and beyond its former parent while looking to expand in ways that enhance its core focus on customer experience. Puritt described the value proposition as “to deliver great service and leverage a unique combination of technology and talent to deliver great outcomes.”

While conceding that he monitors the stock price fairly closely at this volatile time, Puritt said he has disciplined himself to take market swings in stride and asserted that the business fundamentals are unchanged. However, he admitted to some frustration at managing analyst perceptions.

“It takes a degree of self-restraint to look at some of the comments I see,” he said. “When I hear from some analysts who take a particular position vis-à-vis our business and its prospects for success and they’re willfully blind to the facts when they rationalize that position, I find it disappointing. I know how I get paid, but I wonder sometimes how they do. ”

Of the nine analysts who follow Telus International as ranked by TipRanks Ltd., six rate the company a buy, two a hold and one a sell. The outlier is Bank of America Merrill Lynch Senior Equity Research Analyst Jason Kupferberg, who has downgraded the stock twice this year, most recently this week.

Now is a good time for Telus International to look for undervalued companies to acquire and it doesn’t necessarily have to go to the equity markets to do that. “One reason for going public was to have the option to use equity shares – but we don’t need to,” Puritt said. “We have over $ 900 million of dry powder to support our acquisitions. The nice thing is that shopping isn’t quite as dear as it was last fall. “

And there’s no necessity to buy, he said. “We could achieve our ambitions without any shopping,” he said. “On the other hand, we went public to accelerate our growth and it’s such a target-rich environment that I’m excited about not just filling gaps but extending our reach. There’s lots of white space just beyond reach. ”

With signs that the current inflationary economy in the US is putting pressure on technology budgets, Puritt said the forces were actually helping his company. “The nature of what we do and for whom we do it means we see these inflationary times as a net positive,” he said. “When businesses are compelled to do more with less, that is our bread and butter.”

Supercloud is becoming a thing