Built around the Intel’s high-end Z690 chipset, the EVGA Z690 Dark K | NGP | N Edition isn’t a conventional motherboard by any stretch of the imagination. It is based on the E-ATX form factor and has interesting design features, including a transposed LGA1700 socket that allows extreme overclockers to mount LN2 pots more easily. 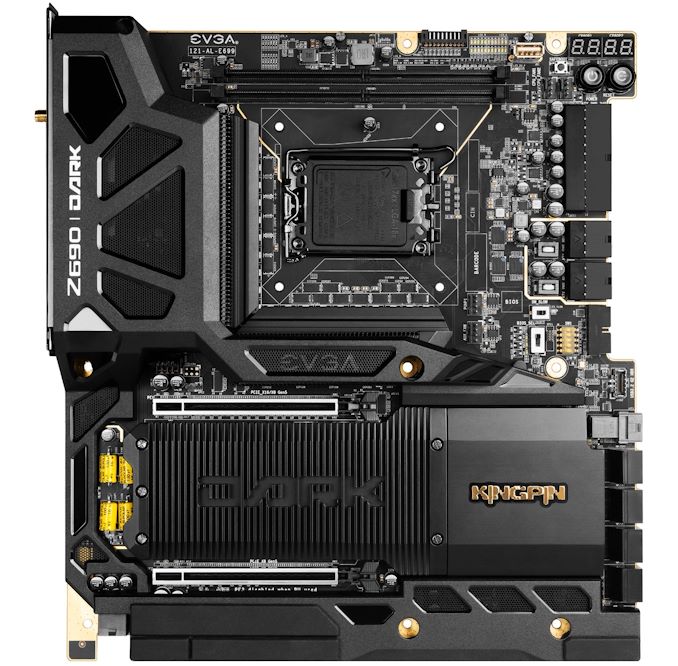 To make the board more robust, EVGA includes a large black metal backplate on the rear of the board to reinforce the PCB. This also includes right-angled connectors, including two 8-pin 12V ATX ​​CPU power inputs and a 24-pin 12V ATX ​​motherboard power input that intrudes into the PCB with a handy cutout designed to make cable management more effortless. It also includes an impressive accessories pack that features an EVGA flat test bench plate that we saw in our previous review of the EVGA Z590 Dark motherboard.

Looking at the feature set, the Z690 Dark K | NGP | N Edition includes two full-length PCIe 5.0 slots that can operate at x16 and x8 / x8, with three PCIe 4.0 x4 M.2 slots that sit in between the PCIe slots and underneath a large black finned ‘Dark’ branded heatsink. There are eight SATA ports for conventional storage and optical drives, six of which are from the chipset with RAID 0, 1, 5, and 10 support, and two that come via an ASMedia ASM1061 SATA controller.

Even though the Z690 Dark has a solid feature set for enthusiasts, the real focus by EVGA with this model is on extreme overclocking. This includes a large 21-phase power delivery cooled by an active heatsink with two fans. It also has a 10-layer PCB throughout and contains an overclocker’s toolkit in the top right-hand corner that consists of dual two-digit LED debuggers, a power button, a reset button, dip-switches to disable PCIe slots, and a slow mode switch. There’s also a probe-lt header where users can monitor voltages in real-time from various components on the board, such as the CPU and power inputs. 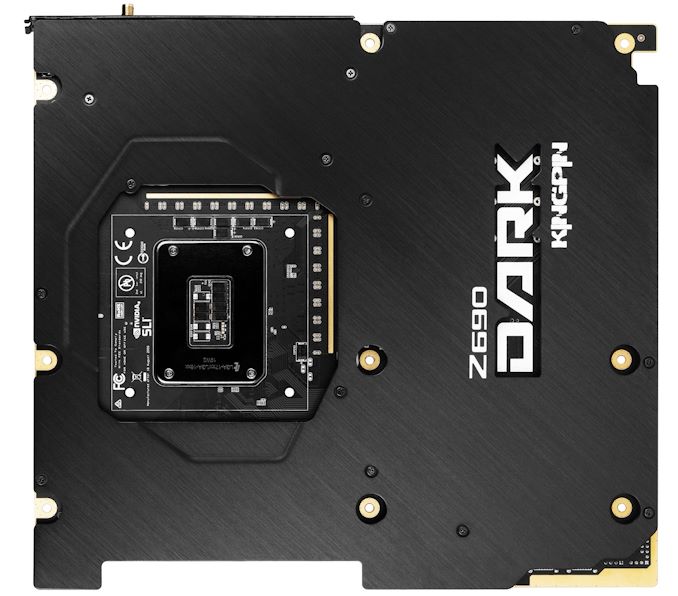 The EVGA Z690 Dark K | NGP | N Edition is currently available for purchase at the EVGA website for $ 830. However, at the time of writing, purchases are limited to one per household, and it seems as though it’s only available to EVGA Elite Members at this time.