During AMD’s ‘together we advance_PCs’ event, the company introduced to the world its latest Zen 4-based Ryzen 7000 processors, as well as its AM5 platforms, including the X670E, X670, B650E and B650. AMD also announced what it calls AMD EXPO, a new DDR5 memory overclocking technology. In conjunction with this announcement, AMD has partnered with memory manufacturers including ADATA, Corsair, G.Skill, GeIL and Kingston Technology to bring AMD Ryzen 7000 optimized DDR5 memory kits to market, with 15 (or more) of them set to be available on launch day September 27th.

AMD EXPO stands for Advanced Overclocking Profiles and is designed to provide users with high-end memory overclocking when used in conjunction with AMD’s Ryzen 7000 series processors. Like Intel’s existing XMP (Extreme Memory Profile) technology found in most consumer-level memory kits designed for Intel desktop platforms, AMD’s EXPO technology aims to do the same, but as an open standard with an emphasis on providing best settings for AMD platforms .

AMD EXPO technology: like XMP, but optimized for Ryzen 7000

AMD EXPO’s premise is that this will be a one-click DDR5 overclock feature for AM5 motherboards, and AMD claims that the EXPO overclock memory kits will offer up to 11% higher gaming performance at 1080p, although it’s not quantified how she came to this figure. However, AMD said it expects (at least) 15 sets of DDR5 memory with AMD EXPO at launch on September 27, with speeds up to DDR5-6400.

AMD EXPO, at first glance, is essentially an XMP profile specifically designed for AMD’s Ryzen 7000 (Zen 4) processors. Although AMD hasn’t gone into finer details about how it differs from XMP, other than the fact that it will be royalty-free and license-fee-free. 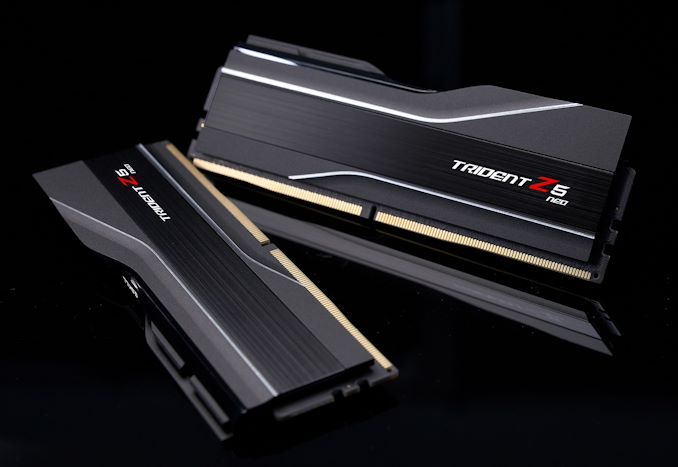 It’s worth noting that DDR5 memory with XMP profiles will be supported on Ryzen 7000 platforms. However, AMD EXPO adds an extra layer of “compatibility” with AMD systems, as EXPO DIMMs will be optimized for use on AMD platforms (unlike from the XMP kits, which are mainly optimized for Intel platforms).

AMD EXPO has one caveat associated with it; AMD EXPO is classified as overclocking in AMD’s own eyes, and according to the footnotes, it voids the warranty.

A footnote on the AMD EXPO landing page reads:

Overclocking and/or underclocking AMD processors and memory, including without limitation, changing clock speeds/multipliers or memory timing/voltage to operate outside AMD’s published specifications, will void any applicable AMD product warranty, even when enabled through AMD hardware and/or software. This may also void any warranties offered by the system manufacturer or dealer. Users assume all risks and responsibilities that may arise from overclocking and/or underclocking AMD processors, including without limitation, hardware damage or failure, reduced system performance and/or data loss, damage or vulnerability. GD-106

Similar to how Intel works with the implementation of XMP profiles, using AMD EXPO will technically void the warranty, which seems odd given that this is AMD’s technology designed to give Ryzen 7000 and AM5 adopters an extra boost of productivity through certification. When overclocking, it is always at the user’s risk. Still, with a certificate like AMD EXPO’s offerings, it seems a little odd that AMD recommends optimized memory for its platform, but also voids the processor’s warranty.

As mentioned earlier, AMD says it should have 15 DDR5 kits with AMD EXPO support ready to go when the Ryzen 7000 launches on September 27th. Some of these kits include ADATA Caster RGB and Lancer RGB models, with GeiL EVO V models and Kingston Technology Fury Beast and RGB enabled models. 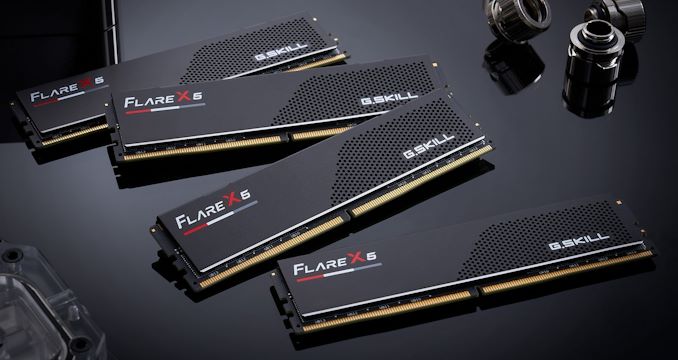 Corsair and G.Skill sent us information about what’s launching alongside the Ryzen 7000 on September 27th. Starting with G.Skill, it announced three new DDR5 kits for the Ryzen 7000, including its Trident Z5 Neo RGB, regular Trident Z5 Neo, and the Flare X5 series. The flagship for its memory at AMD EXPO is the Trident Z Neo, with four different DDR5-6000 varieties set for release, each with different latencies and capacities, as outlined in the table below.

The Trident Z5 Neo and RGB Neo share the same specs, but the RGB version includes a customizable LED light bar. The top SKU from G.Skill with AMD EXPO at launch will be the DDR5-6000 CL30-38-38-96 kit, which comes in 2 x 16GB (32GB) capacities. The Flare X5 replaces the older Flare X series for DDR4 and features a lower profile heatsink with a height of only 33mm; this makes it more compatible for users with space constraints on large tower coolers that limit larger and more aggressive heatsink designs like the Trident Z5 Neo. 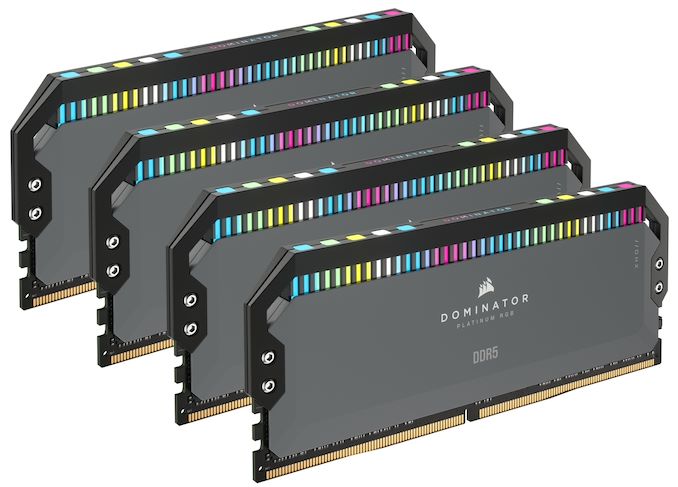 AMD EXPO DDR5 memory kits will be released at the same time as AMD’s Ryzen 7000 desktop processors and AMD X670E and X670 motherboards: September 27th. None of the memory vendors have provided us with a price at the time of writing.