Version 3.23 of Ember.js, Ember Data, and Ember CLI was released on December 14th! Please use the ember-try addon to continuously test your projects against the latest Ember releases.

Ember.js 3.23 included improved error ergonomics, the invokeHelper from JavaScript Helper Invocation API RFC, and the helper manager from Helper Managers RFC. There were no deprecations in Ember 3.23.

Ember Data 3.23 deprecates najax requests when ember-fetch is installed to better guide users on how to update their app. If you do not have jQuery enabled, this deprecation does not apply to you.

There were no significant changes in Ember CLI 3.23.

Read the full Ember 3.23 release notes for the complete information.

Using @ glimmer / component instead of @ ember / component can get you up to 2x speed boosts at almost half the memory consumption. –@nullvoxpopuli (source)

Play with the interactive browser demo or explore the source behind a performance comparison of Native JS, Ember Components and Glimmer Components. Feel the performance improvements the core team has achieved for yourself! 🔥 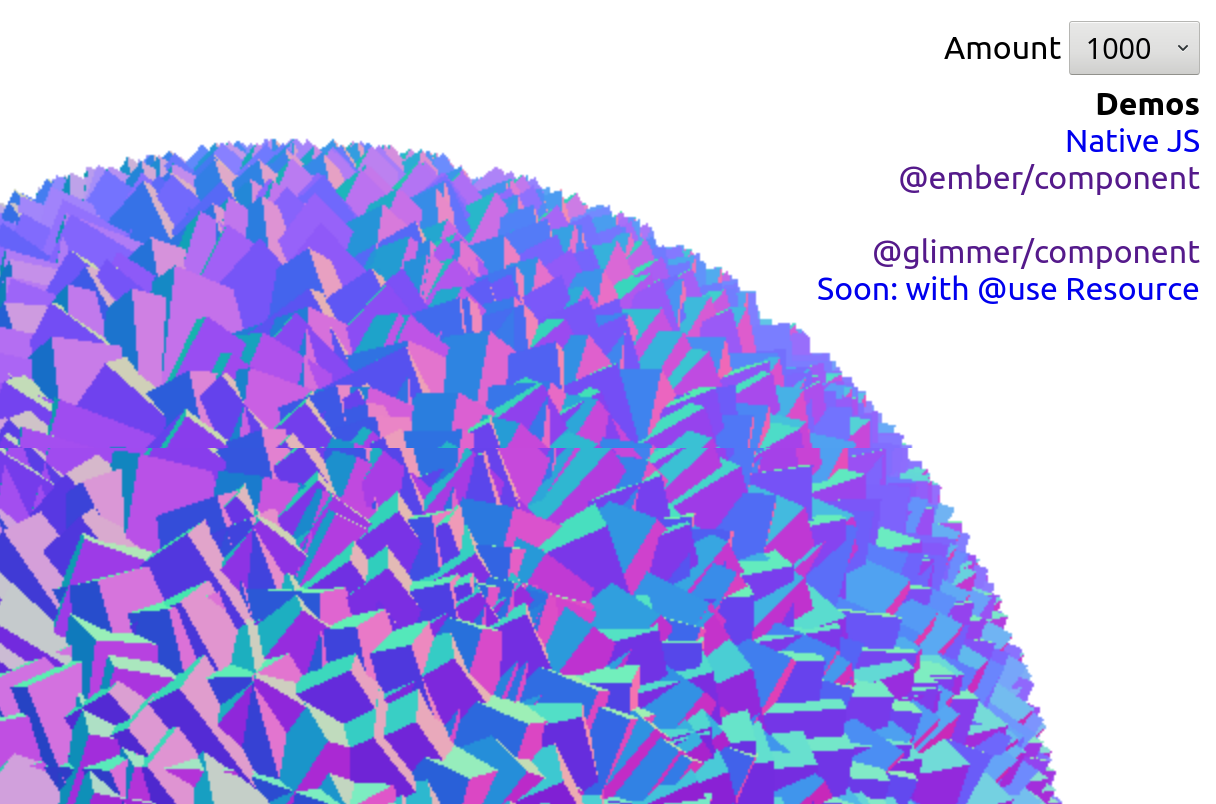 Within the source README.md are links to Twitter conversations happening across frameworks as well including similar projects for React (demo) and Svelte (demo). 🌐

Chris Krycho (@chriskrycho) wrote a blog post on how Ember Octane is not a 1: 1 translation from Ember Classic but rather a whole new way of thinking and designing your code. This new programming model means that some patterns that you’re used to using in the Classic paradigm do not work in the new paradigm.

Chris goes through a couple of examples of code that was fundamentally coupled to Ember Classic idioms such as the Evented API and usage of didReceiveAttrs. The blog argues that although these cases were rare, it’s possible the abstraction would benefit from being reworked substantially towards the Octane idioms.

On the functional CSS train? Now that Tailwind 2.0 is out, you may be looking for guidance on setting it up in your Ember app, as there are some slight differences from Tailwind 1.x. Ray Tiley (@raytiley) put together tailwind-ember-example to demonstrate how to get things configured in Ember. Check out the conversation on Twitter or chime in on GitHub if you have more to add or run into any gotchas!

What’s new in Tailwind 2.0? A new color palette, dark mode support, an extra wide 2XL breakpoint, and more. (Note that Tailwind 2.0 is not compatible with IE11, but IE11’s end of life is set for 2021.) Check out Tailwind’s fancy release trailer video or the blog post for more details.

If you want to learn how to update your Ember app with live data provided by others, Josh Justice (@CodingItWrong) wrote a blog about how to use WebSockets in combination with JSON: API to get live updates in your app.

The blog post is a step-by-step explanation with extensive code examples of using WebSockets with Ember Data. At the end of the blog post you will have a Todo List that will update information of all users to each other. Live updates are a new way of thinking about the data flow in your app, but the libraries that you are probably already using allow you to add them without adding too much code. This blog will give you a nice place to start experimenting with this cool technology.

There’s an awesome new blog post from Rajasegar Chandran (@rajasegar) about how to build your Glimmer app with Snowpack (!

The Glimmer VM runs the components we know and 💜 in Ember, and it is designed to run them super fast 🔥. Snowpack ⛄️ is a new, lightning-fast frontend build tool designed for the modern web. Snowpack leverages JavaScript’s native module system.

The post explains how to create a Snowpack app, add dependencies such as Glimmer, and how to configure Snowpack.

It’s an exciting foray into new technologies that are built to optimize our experience as developers and users of web technologies.

But that is not all. Rajasegar has also created a create-snowpack-app template to bootstrap your Glimmer app and use Snowpack.

There’s also a sample Todo List app built using these exciting new technologies if you want to check it out.

Still not cool enough frontend bundler technology for you? Well, Rajasegar has written a follow-up post about how to use Rollup with a Glimmer app as well!

Ben Demboski (@bendemboski) released fractal-page-object, a lightweight JavaScript page object addon for testing. It is framework-agnostic but is built with Ember and qunit-dom in mind. 🧡

Please give it a try and provide feedback. To learn more about testing with fractal-page-objectyou can check out the README file.