Again you can enjoy reading The Ember Times in both the email and the blog format to share it even better with your Ember friends.

This week we’ll highlight a new RFC deprecating features from ancient Ember times and a sweet reminder for blogging about your best wishes for Ember and – last, but not least – we have a brand-new Readers’ Question❓✨ for you! 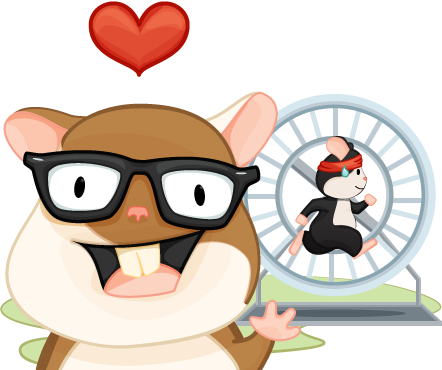 We’ve already seen a lot of thoughtful blog posts from the Ember team’s call for community blog posts. But we’re hoping for more! Have something to say?

Write a blog post by May 30th to propose goals and direction for Ember in the remainder of 2018. The content of these posts will help the core team to draft their first Roadmap RFC.

Looking for inspiration? Check out the # EmberJS2018 hashtag on Twitter or @ zinyado’s repo collecting posts on GitHub.

The API allowed the creation of an App global like this:

and the further setup of your Ember app based off this global:

Using Ember CLI as the build tool for Ember apps has been recommended for years and is widely adopted in the community. Yet, if you’re an active user of the Globals resolver API you should definitely give the original proposal for deprecating it a read and leave your thoughts on its use cases in the comments.

The Learning Team has been working on a new and improved version of the Guides app. It’s now made with Ember.js and is more shiny than ever. The Guides app is almost ready for a proper release, but before we do so, we would love for you to try it out. If you find any issues then please report them.

Or if you feel in a particular good mood, look through existing issues in the Guides app or the Guides source and start contributing to the new guides.

This week’s Readers’ Question revolves around Promises: Why does Ember ship with RSVP.Promise by default and why would it not rely on a regular Promise polyfill instead?

In his detailed write-up, Ember Core team member @ ef4 will answer everything you need to know about the origin of RSVP in Ember, what it has been and still is used for and if Ember will be going all in regarding native Promises in the future. You can read the full answer on the official Ember forum.