Fill out the 2019 Ember Community Survey!! 📝 We have RFCs galore: two follow-up RFCs to make Tracked Properties better 👣, the full deprecation of Partials Re, the renaming of htmlSafe and the deprecation of with 🚫, and a RFC Roundup Redux episode of Ember Weekend 🔈 for you. This week we’re also highlighting a wholesome Ember community experience Exclusive, and last, but not least, an exclusive interview with Ember contributor @cibernox!! 💬

The official 2019 Ember Community Survey is here! We would like your help to learn about who is in the Ember community and how they work with the framework.

This is the fifth year we’re learning about the community’s makeup and interests, and we look forward to sharing the results at EmberConf 2019 on March 18th. Over 1300 participants took part in the survey in 2018 (2018 survey results) and we are aiming for even more participation this year!

Completing the survey should take about 15 minutes. We’ve added a few new questions this year, while retaining opportunities to share feedback as free-form text. All submissions are completely anonymous, and demographic data about the community is not released in the same raw data files as the free-form text and other answers.

Submissions will be accepted until March 12th. More info about the survey can be found here. Why not fill it out now ?!

Please help us spread the word by sharing the survey landing page on your social network feeds, at meetups and around your office and other communities.

We look forward to your participation! If you have any immediate questions, feel free to email the survey team via survey@emberjs.com, or ping us in # dev-ember-learning in Discord chat.

@pzuraq opened up a pair of RFCs that supplemented the recently merged Tracked Properties RFC.

The Decorator Support RFC is a follow up to the Decorators RFC since it was premised on decorators moving from stage 2 in the TC39 process to stage 3. However since decorators remained in stage 2, and have not been rejected, and that all parties were in agreement about the invocation syntax of decorators – decorators should present a minimal amount of risk to Ember and its users. The changes in the spec will mostly affect library and framework maintainers, but not end users in most cases. Ember will begin by supporting the latest version of the decorators transform provided by Babel.

Read and comment on the Decorator Support RFC or the Tracked Property Classic Class Descriptor RFC on GitHub!

Partials in Ember have been around for quite some time. Today, however, they are considered bad practice and all of their functionality can be replaced with Components. There is an Ember Template Lint rule against their use. There was a Pre-RFC created a while ago that recommended deprecating partials. Today we finally have a full RFC to Deprecate Partials written up by @GavinJoyce. If you want to learn more about the deprecation or maybe the alternatives to partials check out the RFC. Also be sure to chime in and voice your concerns or add a 👍🎉 to the RFC itself.

Two new Requests for Comments (RFC) propose deprecations to better avoid confusion in Ember apps: One of the proposals aims to rename the htmlSafe template helper and util to trustedHtml in an effort to convey the mechanism of the util better.

The second RFC proposes the deprecation of the with template helper acknowledging the rather recent let helper, that can now be used in templates instead of and with much clearer intent than with.

Be sure to check out the original proposals for the renaming of htmlSafe and the deprecation of the with helper and leave your comments below!

Don’t miss @ rondale-sc and @ code0100fun interviewing @rwjblue on Episode 128 of the Ember Weekend podcast RFC Roundup Redux. They discussed the auto-published unified RFC’s repo, the Glimmer Components RFC and its implications for hooks, the Render Element Modifiers RFC, including the official addon it proposes, and more!

I had wanted to make some major breaking changes to ember-simple-tree, in order to allow me to customize it to my liking. Given that it would break backward compatibility and existing applications, I figured my changes would never be accepted. So I forked it and released my version as ember-light-tree.

Even though we had to sacrifice technical backward compatibility, it was important to @btecu that we had a shared solution. One of the main strengths of Ember is how shared conventions enable developers to build on top of each other’s work and improve the ecosystem for everyone. It’s heartening to see this view echoed in the Ember addon community. 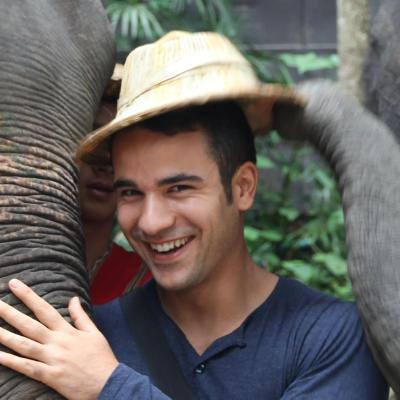 In our 7th edition of the contributor interview series, community member Miguel Cambaalso known as @cibernox talks about his work on powerful addons, contributing by necessity and why the silly pull request is only a myth.