This week has been super busy with The Ember Times team reporting from EmberConf 2019 in Portland Oregon! We are sharing highlights from the conference with you 🐹, learn about Ember Octane ⛽️ in a series of blog posts 📖, read and comment on the new Bind Helper RFC 💖💪, and turn {{on}} the power with a new {{On}} Modifier RFC 🔌.

This week EmberConf – the biggest, annual Ember conference – took place in Portland, Oregon, United States. Ember developers from all around the world came together to learn more about the newest features of the framework, best practices, case studies and most importantly meet online Ember friends. 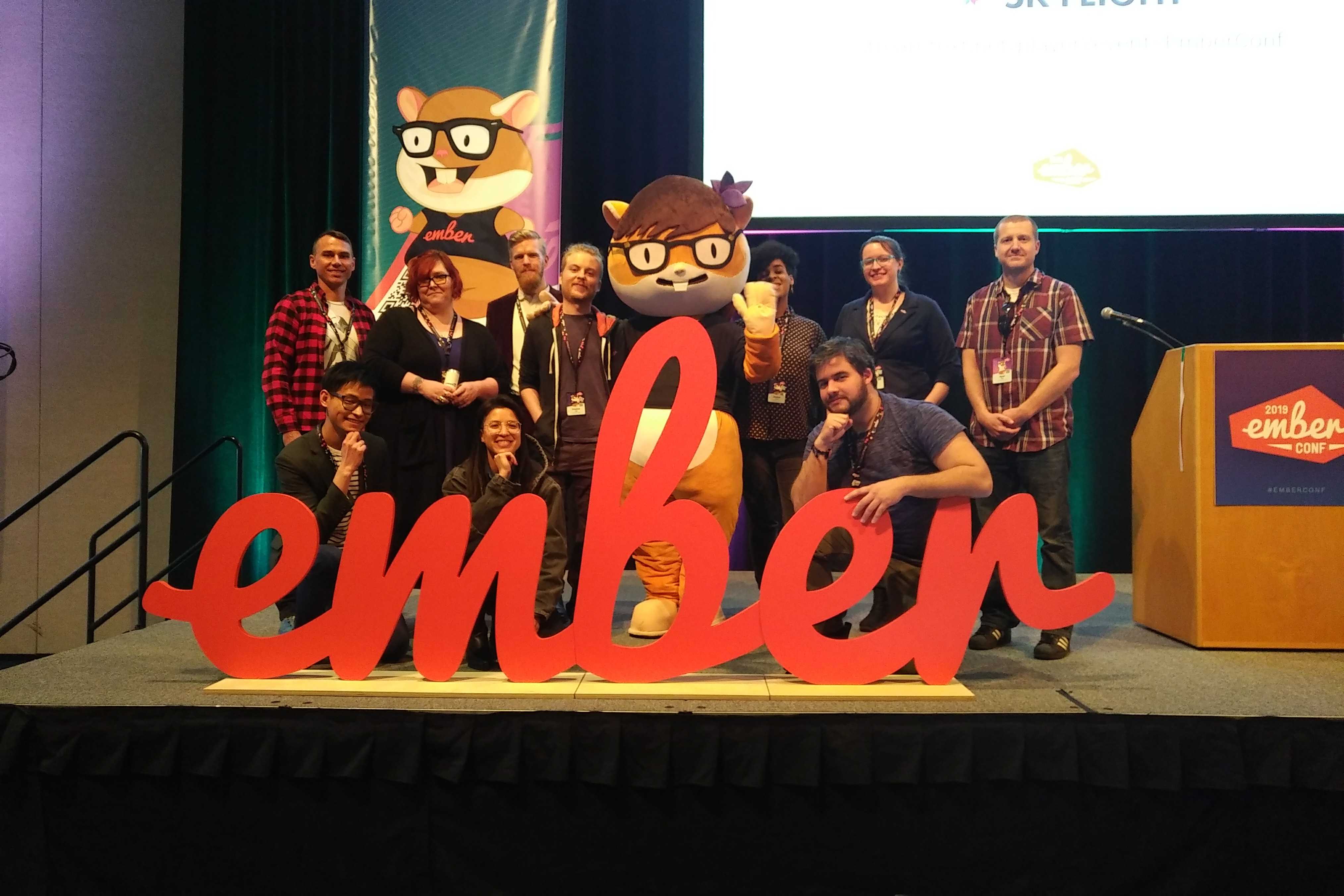 This year’s keynote by Tom Dale and Yehuda Katz featured lots of insight into the present and future of Ember and the official announcement for the Edition Preview of Ember Octane. Wanna learn more about Ember Octane and the original RFC (Request for Comments)? Be sure to check out the Ember Octane Edition website and read all about it!

Also The Ember Times will notify you, as soon as the full recordings of the conference sessions are online, so be sure to stay tuned and if you haven’t done so, subscribe today!

If you haven’t seen them already, you won’t want to miss the amazing 🎉 and in-depth blog posts @ That @pzuraq has been putting out covering many of the new features of Ember Octane!!

✨ Bonus ✨ also checkout a recent interview of @pzuraq on the EmberMap podcast, where he discusses many of these topics with the EmberMap crew.

The idea is for the bind helper to take in a function and then the set of arguments that will be partially applied to the function, similar to the JavaScript bind method.

Check out the full RFC on GitHub!

A new RFC has been proposed by @pzuraq that proposes adding a new {{on}} modify to Ember. This modifier will allow adding event listeners to elements in your templates.

You might be thinking, “Hey Ember Times Writer, we already have those! We have the {{action}} element modifier and on*= property bindings. ”However those have a few downsides that are fixed with the {{on}} modifier.

The {{on}} modifier will explicitly add event listeners using the addEventListener API. It is based on the addon ember-on-modifier by @buschtoens.

An example: The following usages are equivalent:

So get your modify on today and make your voice heard on the open RFC.