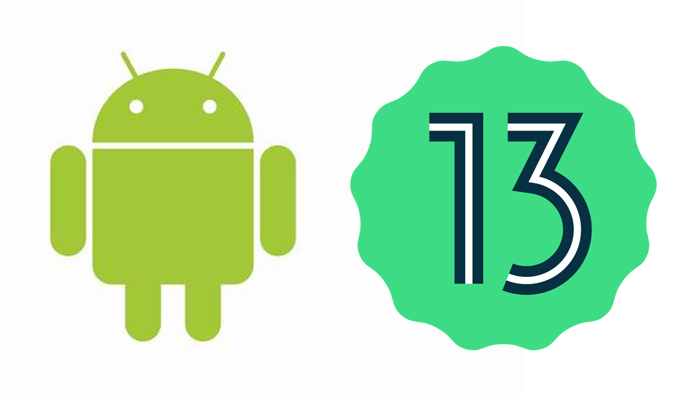 Google LLC today released the second developer preview for Android 13, which follows up the first preview with more security and privacy features as well as more user experience and performance-enhancing tools.

Today’s announcement of the Android 13 Developer Preview 2 also comes after some big news about the official release of the 12L feature set to the Android Open Source Project last week. This update is rolling out to supported Pixel devices and makes Android 12 work even better on large-screen devices such as tablets.

Even better, the large screen features in 12L are foundational to Android 13. That means developers can code and test in Android 13 knowing they’re also building on key features for tablets running Android 12L.

In order to keep up with user privacy and security, the Android 13 team is making the operating system even more attentive to user needs. To do this, developers are being given more paths and application programming interfaces that enforce privacy controls and permissions.

“People want an OS and apps that they can trust with their most personal and sensitive information and resources on their devices,” wrote Dave Burke, vice president of engineering at Android. “Privacy and user trust are core to Android’s product principles.”

One of the new permissions in the preview is for notifications. Apps in Android 13 now need to request permission from the user before posting notifications, this will help keep the clutter down for users and let them see more of what they want to see. This is made available via a runtime permission called “POST_NOTIFICATIONS.”

Apps will also now be able to downgrade permissions when they no longer need them. That’s especially useful for apps that have been updated and a feature removed that previously received permission from a user, such as access to location, camera, microphone and so on. The new tool allows developers to have their app proactively protect user privacy by revoking its own permissions.

Japanese applications will now have an easier time displaying text using TextView widgets. That’s done by wrapping text by Bunsetsu, the smallest word that sounds natural. The end result is that wrapping doesn’t slice Japanese words apart at odd points. Also, non-Latin scripts such as Tamil, Burmese, Telugu and Tibetan have received improvements such as adaptive line heights that prevent clipping the tops or bottoms of these character sets.

The text tools don’t stop there. Speakers of Japanese and Chinese will benefit from a new text conversion API. This is because these two languages ​​use phonetic input methods, which can affect features such as auto-completion and search. For example, with the new API, Japanese users can type in Hiragana phonetic letters into search and immediately see Kanji live results. Before, users had to use the Android keyboard to convert Hiragana into Kanji and then copy that into the search to get results.

Android 13 is adding support for Bluetooth Low Energy Audio, the next-generation wireless audio designed to replace Bluetooth classic. It will help developers design apps that allow users to share and broadcast audio with others and subscribe to public broadcasts. With Bluetooth LE Audio, developers will be able to use devices that produce high-fidelity audio experiences without it running down the battery.

The new preview also gives developers a chance to try out the MIDI 2.0 standard, which will allow users to connect supported hardware with Universal Serial Bus cables. The Musical Instrument Digital Interface standard has been around since 1985 and it was fundamental to adding electronic instruments to music with perfect timing, and now 2.0 has made it better. The new standard has a 32-bit resolution with nearly the same accuracy as live instruments and per-note controllers with articulation control and precise note pitch.

With Developer Preview 2, the Android team is continuing to work on the stability of the OS and the underlying features. At this time the team is seeking input and feedback from developers on the APIs included in Android 13.