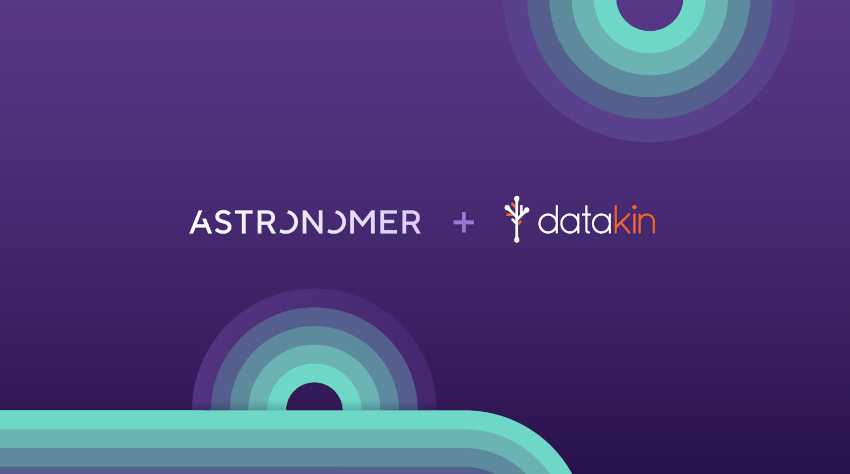 Organizations are using their data for a growing number of tasks, from training artificial intelligence models to predicting customer demand. Each data processing initiative in a company can involve hundreds of steps. Organizations have to remove errors from their information, filter duplicate items, organize the information in a format that lends itself well to analysis and perform a variety of other tasks.

Companies manage their data projects using so-called data pipelines. A data pipeline is a piece of code that orchestras how the numerous individual tasks involved in processing business information are carried out. Astronomer provides a managed cloud service, Astro, that promises to simplify this aspect of companies’ technology operations.

Astro is based on Apache Airflow, a popular open-source tool for creating data pipelines. Data pipelines created with Airflow can be used for a variety of tasks, such as moving records between two different systems or filtering errors from business information. The software was originally created by Airbnb Inc. in 2014 for internal use.

Airflow has become popular among developers because it simplifies many aspects of creating data pipelines. According to Astronomer, the tool is used by hundreds of thousands of data teams.

Developers have historically written data pipelines using the XML syntax, which is difficult to use in certain respects. Airflow, in contrast, allows developers to write data pipelines with the Python programming language. Python is more versatile than XML, which makes it possible to process information in more sophisticated ways, and certain code maintenance tasks are easier to carry out.

Airflow also eases a number of related chores such as monitoring data pipelines to ensure they are operating reliably.

Astronomer’s platform, Astro, is a commercial version of Airflow that offers additional features not included in the open-source edition. Astro is provided as a managed service and removes the need to manually maintain infrastructure. There is also a tool that makes it easier to install software updates, as well as cybersecurity features designed to help companies protect their data pipelines from hackers.

Astronomer says that Astro is used by organizations in more than 35 countries, including multiple Fortune 500 companies. The startup detailed today that it has increased its headcount tenfold since 2020 to meet strong customer demand. The astronomer will use the newly announced $ 213 million funding round to further grow its workforce with a focus on accelerating product development and go-to-market initiatives.

In conjunction with the funding round, Astronomer disclosed that it has acquired Datakin, a fellow data management startup. Datakin provides a software tool that helps companies detect how business information changes over time. The insights surfaced by the tool enable developers to detect if errors emerge in their organization’s data and carry out troubleshooting.

“As companies of all sizes struggle to make sense of their data, data orchestration has become a competitive necessity,” said Astronomer Chief Executive Officer Joe Otto. “At the same time, data teams must be able to trust their data to effectively extract its value. By integrating Datakin’s intuitive data lineage features with Astronomer, our customers are able to build faster, run with confidence and reduce their operational risks. ”