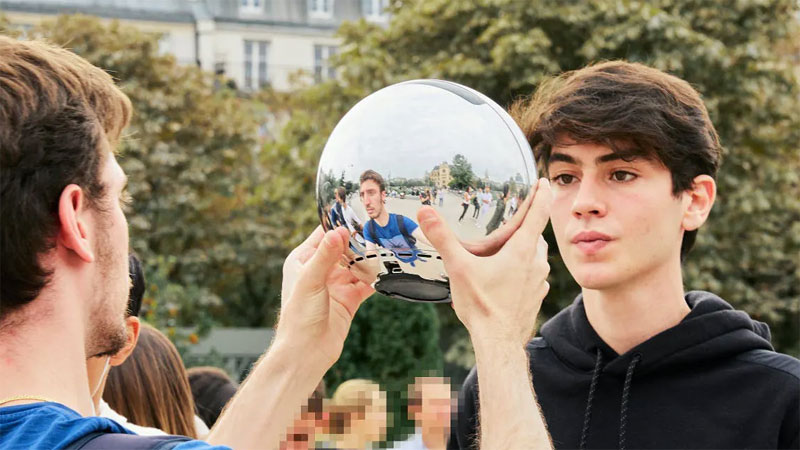 The iris-scanning cryptocurrency project Worldcoin will be raising $ 100 million valuing the company’s tokens at $ 3 billion, according to a report from The Information.

Two unnamed sources said that investors include Andreessen Horowitz’s a16z and Khosla Ventures and that the fundraise will involve the sale of Worldcoin tokens. This investment follows a $ 25 million funding round in October at $ 1 billion.

Worldcoin’s proposal is an interesting one: the global distribution of cryptocurrency by scanning people’s eyes through volleyball-sized chrome spheres called “Orbs.” The concept may sound like it comes from a science fiction novel, but it’s how the company proves that the person signing up for the service is an actual human and not a bot.

The purpose for scanning people’s irises is biometrics, according to Worldcoin’s co-founder Sam Altman, former president of the Silicon Valley incubator Y Combinator. That’s the idea of ​​using the unique physical characteristics of an individual for identification and access control, similar to how phones use fingerprints or faces to unlock, in order to make certain a person hasn’t accessed the system twice.

When the system was originally revealed in June, it did not sit well with privacy advocates. For example, if the biometric data taken by Worldcoin’s system in order to identify the users were to be leaked in a hack, it could have a profound impact on the users. After all, they cannot change their eyes.

As mentioned above, phones may use biometric data, but companies such as Apple have solved this problem by never sending the data off the phones. Worldcoin’s Orbs necessarily must network their data in order to prevent multiple signups of the same person between Orbs. To resolve this, Orbs do not store an image of a person’s eyes, just a numeric representation of their unique irises.

According to Worldcoin, more than 130,000 people had already gazed into Orbs by November. The amount of cryptocurrency dispensed to users for having their eyes scanned by one of the spheres depends on how early they get involved in the project, with the amount waning over time. The total amount is roughly $ 10 to $ 200 and would be apportioned out over about two years.

The company’s objective is to give out Worldcoin to every person on earth. A single Orb can sign up approximately an average of about seven hundred new people per week. In 2021, the company said it had 70 employees and 30 Orbs. Worldcoin plans to produce more than 50,000 devices per year.