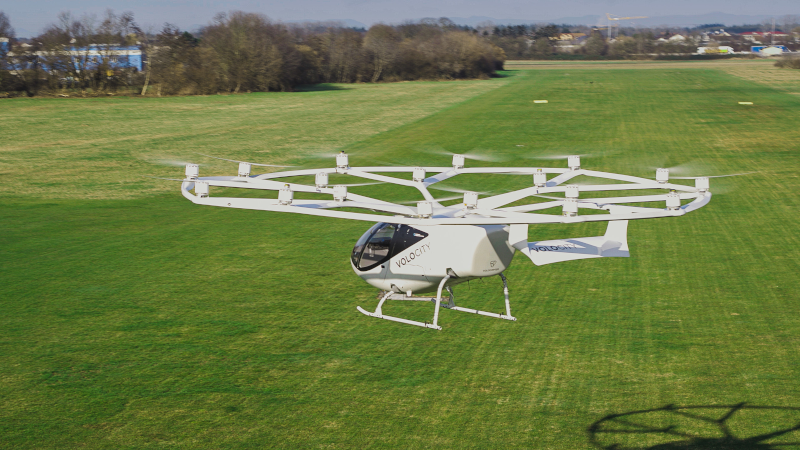 Volocopter GmbH, a startup developing flying taxis and cargo drones, today announced that it has raised $ 170 million in funding at a pre-money valuation of $ 1.7 billion.

The investment was led by South Korea-based WP Investment with participation from Atlantia, Whysol, btov Partners and others. The new funding is the first tranche of a larger Series E round through which Volocopter hopes to raise $ 330 million to $ 550 million, TechCrunch reported.

Germany-based Volocopter is developing an air taxi dubbed the VoloCity. It’s a two-seat electric aircraft that takes off and lands like a helicopter, but flies like a plane. Volocopter envisions operating the VoloCity in cities to speed up urban travel.

The copter is powered by 18 rotors and a flight assistance system that, according to the startup, includes more than 100 processors. Nine onboard batteries supply the electricity that the aircraft uses to fly. The VoloCity has at least two onboard standby replacements for every key component that enable it to continue operating reliably in the event of a malfunction.

Alongside the VoloCity, Volocopter is developing a second air taxi dubbed the VoloConnect that is intended to connect cities with suburbs. The VoloConnect will be capable of accommodating four passengers, or twice as many as the VoloCity, and is set to have a maximum range of more than 60 miles. Its top speed is expected to exceed 160 miles per hour.

Besides the nascent air taxi market, Volocopter is also targeting the logistics sector. The startup is developing a cargo drone, the VoloDrone, which can carry up to 440 pounds of merchandise and has a maximum range of nearly 25 miles. Volocopter first tested a prototype version of the VoloDrone in 2019, then carried out a three-minute flight last year during which the drone reached an altitude of more than 70 feet.

Volocopter will use its new funding to help it secure the regulatory certification necessary to operate a commercial air taxi fleet. The startup told TechCrunch that, if it secures the certification during the second half of 2023, commercial flights could begin in cities the following year.

“Volocopter has spectacular investors from around the globe, which puts us in an excellent position to focus on our first-to-certification and first-to-market strategies before we embark on the path to public listing,” said Volocopter co-founder and Chief Commercial Officer Christian Bauer.