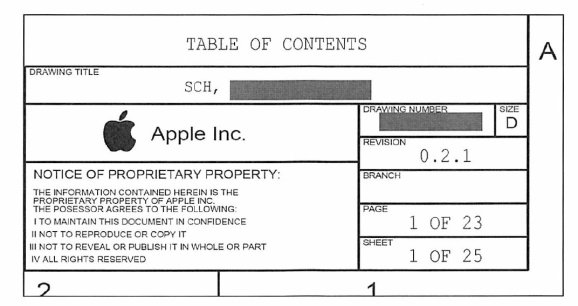 A former Apple Inc. engineer has pleaded guilty to stealing trade secrets from Apple’s car division in a plea agreement with US authorities.

Xiaolang Zhang was employed by Apple in December 2015 to work on Project Titan, Apple’s self-driving car project, where he was given the job of designing and testing circuit boards to analyze sensor data. Zhang quit Apple in April 2018, saying he wanted to return to China to be with his family.

As noted at the time, an employee quitting Apple is nothing unusual. However, Zhang made the mistake of telling Apple that he was seeking employment Guangzhou Xiaopeng Motors Technology Co. Ltd., an autonomous vehicle manufacturer backed by Alibaba Group Holding Ltd. His intended new employer immediately raised concern among his direct line managers at Apple.

Apple’s security team investigated Zhang’s activities and discovered that he had not only been accessing confidential and proprietary Apple technology but had been downloading it as well, all in the time leading up to his resignation.

Zhang was subsequently arrested by federal agents in July 2018 at the San Jose International Airport, where he was attempting to fly to China.

In its indictment, the Federal Bureau of Investigation alleged that “the majority of his activity consisted of both bulk searches and targeted downloading copious pages of information from various confidential database applications.” The information included “trade secret intellectual property, based on the level of Zhang’s access within Apple’s autonomous vehicle team.”

In a series of interviews, Zhang confessed to downloading the data. The details of the plea agreement were not disclosed, but Zhang was facing up to 10 years in prison and a fine of up to $250,000. The sentencing hearing is scheduled for November.

Zhang’s case is not the only one where a former employee of a large company is alleged to have stolen autonomous car-related technology and then sought employment at Xiopeng Motors in China. Guangzhi Cao, a former engineer who left Tesla Inc. in January 2019, was sued by Tesla, who alleged that he uploaded internal source code for Tesla’s Autopilot to the cloud.

In Cao’s case, Tesla alleged he began uploading thousands of files after Xiaopeng offered him the role of “head of perception” in November 2018. Cao was said to have uploaded 300,000 files and directories, including the Autopilot source code.