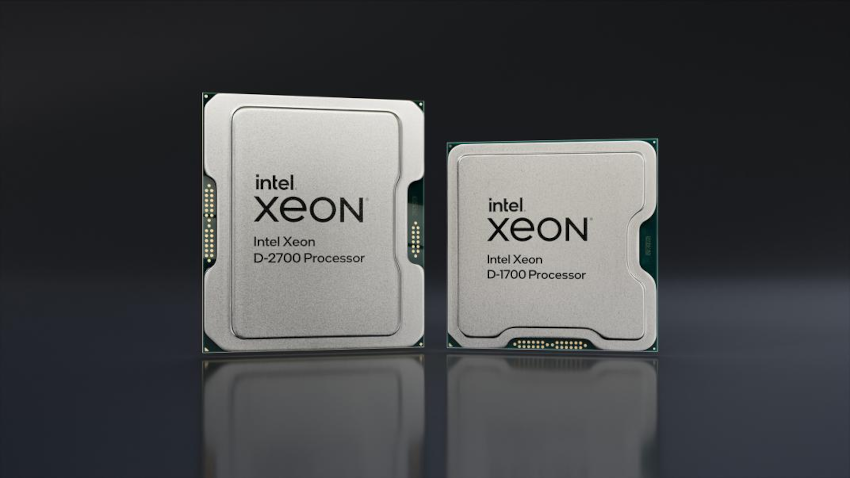 Some of the newly detailed processors will be part of the Sapphire Rapids central processing unit lineup that Intel plans to launch this year. Two of the new chips are joining the company’s specialized Xeon D product line.

Sapphire Rapids is Intel’s codename for its next generation of Xeon server processors. Sapphire Rapids processors will be fabricated using the company’s most advanced Intel 7 manufacturing process, which is based on 10-nanometer technology. At the architectural level, the upcoming CPUs feature a version of the Golden Cove core design that powers Intel’s newest laptop processors.

As part of its announcement today, Intel detailed plans to equip Sapphire Rapids chips with “5G-specific signal processing instruction enhancements.” The enhancements will be implemented at the core level, Intel said.

The 5G features in Sapphire Rapids will focus on helping carriers optimize a part of their infrastructure known as the radio access network, or RAN. The RAN is the collection of cell towers and supporting devices that a carrier uses to deliver connectivity to users.

As part of the industrywide upgrade to 5G, network operators are adopting a new version of RAN technology called vRAN. It replaces the proprietary appliances historically used to deliver wireless connectivity with more cost-effective commodity hardware.

According to Intel, the 5G features in Sapphire Rapids will provide up to “two times capacity gains” for vRAN infrastructure. The company elaborated that the technology is designed to help carriers implement advanced networking capabilities such as 64T64R MIMO Massive MIMO. That’s a method of increasing cell towers’ bandwidth by equipping them with a larger number of antennas.

Intel’s plan to address 5G use cases also has a second element. The company said it will expand the Sapphire Rapids lineup with a set of processors optimized specifically for use in vRAN infrastructure. Those specialized processors are set to feature “integrated acceleration” for speeding up vRAN workloads, Intel company said.

Intel is enhancing its 5G portfolio at a time when rivals are also increasing their focus on this segment. Advanced Micro Devices Inc. recently closed its $ 50 billion acquisition of chipmaker Xilinx, some of whose silicon is used to power 5G equipment. Earlier, Qualcomm Inc. introduced a system-on-chip that can be installed in a cell tower to help process data traffic faster.

“As we usher in a new era of innovation in network and edge transformations, now, more than ever, this evolution is being driven by the need for more control, adaptability and scalability to provide those who build and operate infrastructure the ability to quickly introduce new capabilities, ”said Nick McKeown, an Intel senior fellow and senior vice president of the company’s Network and Edge Group.

Alongside the planned Sapphire Rapids enhancements, Intel today detailed plans to expand its Xeon D line of systems-on-chip with two new processors. Both processors are designed to power network devices such as data center switches and routers.

The D-1700, the first new chip, will feature 4 to 10 cores depending on the configuration. It’s joined by the D-2700, which will ship with between 4 and 20 cores. Intel said that network devices equipped with the new silicon will be capable of processing as much as 100 gigabits of Ethernet data traffic per second.

The chips feature up to 64 PCIe lanes, which can be used to integrate them with the other components of the device to which they are attached. Support for Intel’s AVX-512 technology allows the D-1700 and D-2700 to run artificial intelligence models faster than earlier silicon.

According to Intel, the chips can provide up to 70% more performance than previous-generation products for some of the software applications that carriers commonly use to manage their 5G infrastructure. In enterprise data centers, Intel is promising an up to 50% performance improvement for software-defined networks.

Intel says the Xeon D chips can also be used to power cybersecurity appliances. Such appliances are responsible for detecting and blocking malicious data traffic in corporate networks. According to Intel, the new chips will provide an up to 50% performance improvement for some cybersecurity tasks.

As part of today’s announcement, Intel provided an update on its software efforts. The chipmaker provides a software toolkit called OpenVINO that helps developers speed up their artificial intelligence models. Intel this morning debuted a new version of the toolkit, OpenVINO 2022.1, which includes more AI speed optimization features and works with a larger number of neural networks.