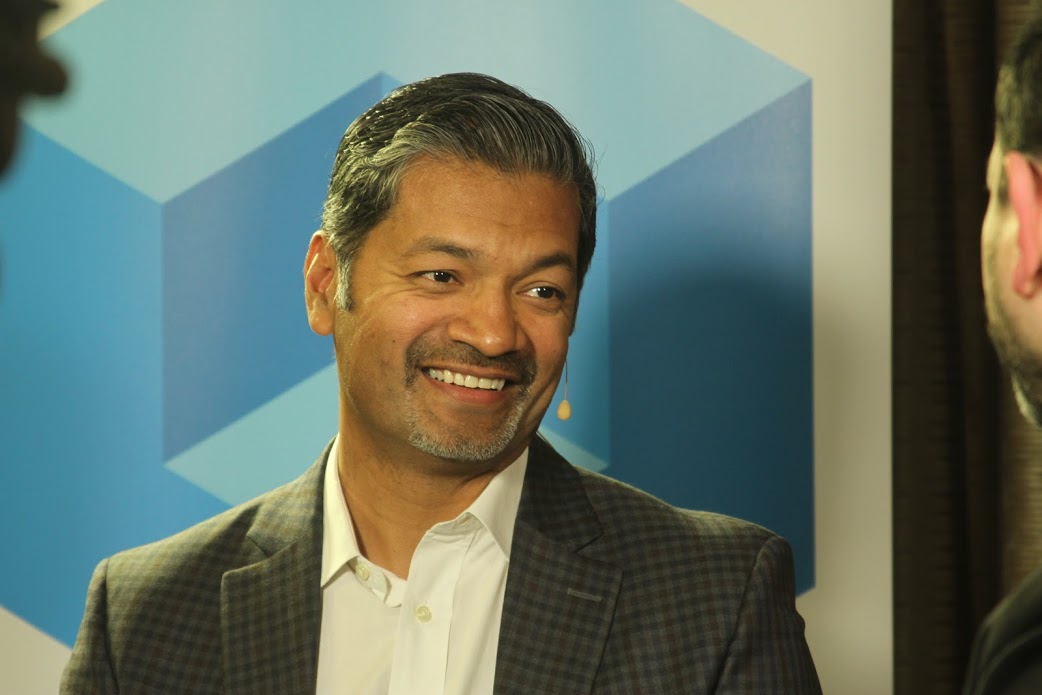 The partnership seeks to advance adoption of its cloud database MongoDB Atlas through developer enablement and training, an increased focus on free trials and integrated go-to-market activities.

MongoDB, which is led by its Chief Executive Officer Dev Ittycheria (pictured), sells an enterprise-grade version of the open-source MongoDB database. Known as one of the most powerful document-oriented databases around, it’s used for numerous types of data-hungry applications. Developers especially like MongoDB because the database is said to be easy to use and can store information in many different formats.

The company has also created a special version of MongoDB for customers that prefer to run it in the cloud, called MongoDB Atlas, which can be hosted on AWS and other public cloud platforms.

The extended partnership with AWS will see the two companies collaborate across sales, marketing, customer support, solution architecture and other areas to improve the experience for developers using MongoDB Atlas on AWS across the US, Europe, the Middle East and Africa, plus Asia -Pacific region.

To boost the adoption of MongoDB Atlas on AWS, the companies are planning to offer new workload migration incentives to persuade customers to switch from legacy technologies and on-premises data centers. At the same time, MongoDB said it will work with AWS to implement new capabilities that can improve the MongoDB Atlas experience, in areas such as serverless computing, AWS Graviton processors and AWS Outposts. The partners will also work to expand the MongoDB Atlas into additional AWS Regions across the world, and achieve US Public Sector and FedRAMP authorization – moves that will make the database available to more customers.

At the AWS re: Invent conference in December, MongoDB announced a new pay-as-you-go offering for MongoDB Atlas on the AWS Marketplace. At the same time, AWS announced an enhanced console integration that makes it easier for customers to discover MongoDB Atlas in the AWS Console.

MongoDB Atlas is a key growth driver for MongoDB. During its fourth-quarter earnings call last week, MongoDB said revenue from Atlas grew by an impressive 85% from a year ago, surpassing $ 1 billion in annualized revenue for the first time. The company said its partnerships with AWS and also Google Cloud were one of the main factors behind that growth.

Despite going public in 2017, MongoDB remains unprofitable and so the continued growth of the Atlas platform is imperative if the company is ever going to change that. The company’s cloud partnerships certainly make Atlas a more tempting proposition for customers.

One of the main benefits of running MongoDB Atlas on AWS is its tight integration with services. That enables customers to analyze data with the broadest set of analytical approaches and integrate advanced services into their machine learning workloads and “internet of things” deployments.

“Designed for developers by developers, MongoDB delivers an application data platform that spans multiple geographies, clouds, and deployment types to solve the data challenges of transactional workloads and modern applications,” said Alan Chhabra, MongoDB’s executive president of worldwide partners. “The continued growth and reach of our collaboration with AWS means that many more customers across a variety of industries will be able to use MongoDB Atlas to power the next generation of applications.”