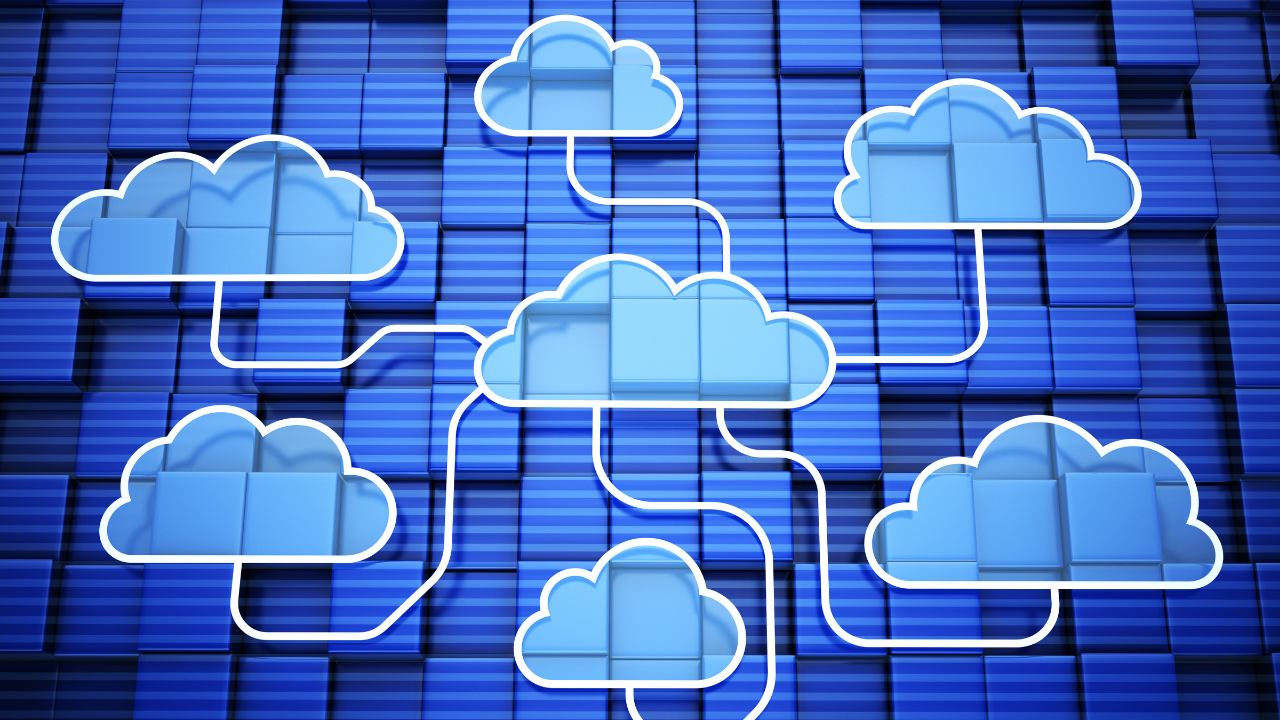 In cloud computing, it sometimes seems like every solution creates a new problem. Hyperscalers make building secure, agile cloud networks look easy. But when organizations move to the cloud, they sometimes find that the benefits of a distributed environment are accompanied by technological chaos.

So, how do enterprises, governments and service providers create personalized superclouds that are as agile, simple, available and secure as the big hyperscale public clouds?

During today’s event, Pluribus and Nvidia jointly unveiled their Unified Cloud Networking vision. With the announcement of Pluribus’ next-generation Unified Cloud Fabric, the company is building on its Adaptive Cloud Fabric to create an industry-first architecture that facilitates building a unified cloud network.

The innovation that is enabling Pluribus to turn its Adaptive Cloud Fabric into a unified cloud networking solution comes from porting the open Netvisor ONE operating system that powers its cloud fabric into server-based data processing units, specifically, the Nvidia BlueField-2 DPU. This means the BlueField’s core tenets of offloading, accelerating and isolating data center infrastructure tasks are integrated with Pluribus’ solutions, which in turn enables the unified networking model.

“We know how to build carrier-grade networking infrastructure. What we’re doing now to realize this next-generation Unified Cloud Fabric is we’re extending from the switch to the Nvidia BlueField-2 DPU, ”Capuano explained.

Nvidia’s Badani added, “The combination of what Pluribus is trying to build and what they’ve developed around this Unified Cloud Fabric fits really nicely with the [BlueField] DPU. ”

Working on the future vision that every server is going to have data processing units, Nvidia and Pluribus are preparing to manage the complexity of a dispersed environment from the base physical network layer out to the application host layer. By extending the network fabric from the switch to the host, Pluribus aims to create a single pane of glass for network operators to be able to configure, provide and manage all of the complexity of the network environment, according to Badani.

‘I heard you like a server, so I put a server inside your server!’

Extending software-defined network automated fabric requires processing power. Other solutions solve this by pulling from the central processing unit. But this takes resources away from mission-critical workloads, something Pluribus was determined not to do. Powering the SDN using a DPU provides a separation between the compute and the network and removes reliance on CPU resources.

“There is zero code from Pluribus running on the x86 [CPU]”Barbieri stated.

One major benefit of this separation of network and compute is that a DPU provides higher performance benchmarks than running the same network services on an X86 CPU, Barbieri added. He estimates that around 20-25% of the server capacity could be saved, allowing companies to either reduce the power footprint of their data center or reallocate the resources to additional workloads.

“It’s the ‘Yo dawg! I heard you like a server, so I put a server inside your server, ‘”Lumbis said. “The actual x86 host just thinks it has a regular [network interface card] in there. But you actually have this full control plane thing. It’s just like taking your top-of-the-rack switch and shoving it inside of your compute node. ”

Another plus is more subjective; separating compute and network removes the conflict created by forcing their operators to share resources.

“The network operators have always had a very different approach to things than compute operators,” Lumbis explained.

The Unified Cloud Fabric provides a separation that allows the two departments to do their own thing without bothering one another.

Watch Barbieri and Lumbis’ complete interview, which takes a technical deep dive into the specs of the Unified Cloud Fabric:

The first goal of the Unified Cloud Fabric is to recompose the network fragmentation in terms of network operations across physical networking and server networking. The second is to eliminate security tool sprawl by distributing security services efficiently throughout the network infrastructure.

Legacy security approaches involve centralized firewalls that are deployed from the data centers. But that means to be secure, all traffic must be routed out of the server up through the rack, usually to a different location in the data center and back, which adds a lot of latency and impacts agility, according to Laliberte.

“Plus, when you start needing to scale, that means adding more and more network connections, more and more appliances. So it can get very costly, as well as impacting the performance, ”he said.

Regardless of the cost and agility impact of a traditional firewall, the expanding attack surface and the parallel rise in cyberattack frequency and sophistication means that a firewall alone is not enough to comprehensively protect a company’s data.

“The perimeter is getting breached, and so now each and every compute node has to be protected well as well as the underlying network,” Badani said.

Nvidia’s BlueField DPU technology provides a “foundation of zero-trust” as a result of its high-powered Arm CPU complex, which enables the Pluribus Netvisor ONE Operating System that powers the Unified Cloud Fabric to run directly on the DPU, Badani explained. Pluribus has built on this to distribute network security at the server level.

The security stance is backed up by Pluribus and Nvidia’s open-source foundation. The BlueField is powered by Nvidia’s DOCA software development framework, meaning that developers can program the DPU to customize it for individual use cases.

“Part of our differentiation is really building this open ecosystem for our partners to take advantage and build solutions around our technology,” Badani said.

Stateful firewall services, microsegmentation and even encryption are all security capabilities that the BlueField-2 DPU technology brings to Pluribus’ Unified Cloud Fabric.

“We can actually integrate those capabilities directly into the network fabric, limiting dramatically, at least for east-west traffic, the sprawl of security appliances,” Barbieri said.

Microsegmentation is especially important because it enables connected applications to be protected on the workload level. This means that intruders can be stopped at the point of entry.

Watch Laliberte’s independent analysis of Pluribus and Nvidia’s Unified Cloud Networking vision and what it means for the networking industry:

With the announcement of the Unified Cloud Fabric, Pluribus and Nvidia are pioneering an architectural approach that provides customers with a unified solution across the switch and DPU, according to Capuano. The solution aims to unify and simplify cloud networks, eliminating fragmented networks and smoothing operations across distributed cloud environments. It will deliver distributed security at the server level, with microsegmentation and stateful firewalls, while built-in application-aware visibility and analytics provide proactive monitoring and resolution.

In addition, SDN-enabled automation will make the management of highly distributed networks simpler. And accelerated SDN on the host will provide more power and flexibility.

“Now I have an SDN-automated solution where I’m literally issuing a command to deploy a network service or to create or deploy a security policy and it’s deployed everywhere, automatically,” Capuano said.

Unified Cloud Fabric is just the first solution to come from Pluribus and Nvidia’s joint Unified Cloud Networking vision, and enterprise customers should expect the collaboration to be a long-term one, according to Capuano.

“[The vision] is about deploying a common operating model, SDN-enabled, SDN-automated, hardware-accelerated across all clouds… whether that’s underlay or overlay, switch or server, any hypervisor, infrastructure, containers, any workload, ”he said.

According to theCUBE’s John Furrier, “Networking matters. Security matters. Automation matters. DevOps and NetOps all coming together; this is a huge deal. ”

Customers interested in participating in early field trials for the Unified Cloud Fabric can sign up at www.pluribusnetworks.com/eft.

Discover more details about how Pluribus and Nvidia are “Changing the Game for Cloud Networking” by watching the entire event on theCUBE. (* Disclosure: TheCUBE is a paid media partner for the Pluribus “Changing the Game for Cloud Networking” event. Neither Pluribus Networks Inc., the sponsor of theCUBE’s event coverage, nor other sponsors have editorial control over content on theCUBE or SiliconANGLE.)