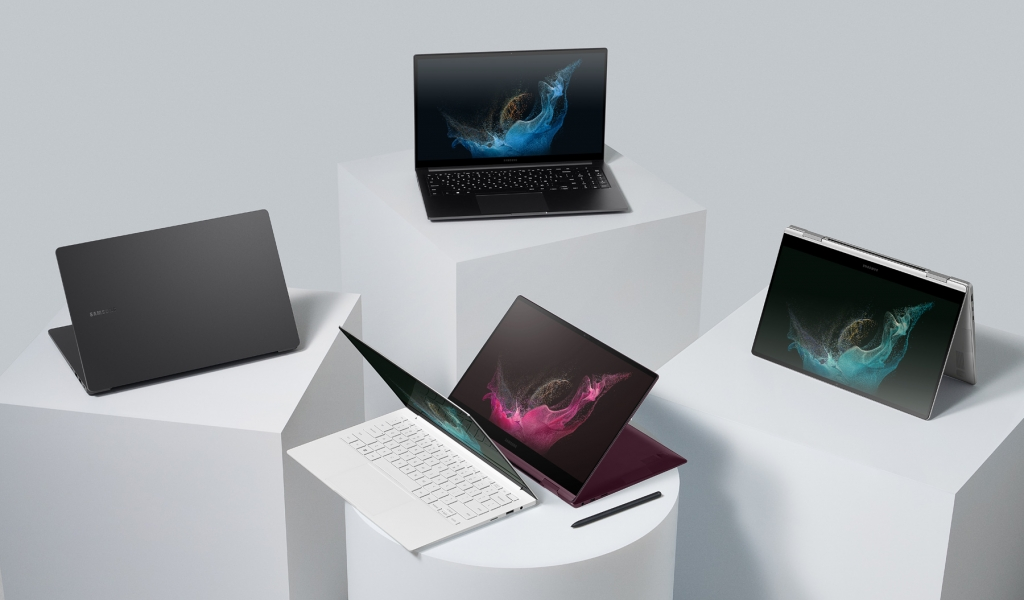 The Galaxy Book2 series comprises four devices. Three are aimed at the consumer market, while the fourth is designed for the enterprise.

FHD AMOLED screens arrange pixels in a so-called active matrix configuration. Each pixel is managed by at least one transistor that helps optimize power usage and also prevent the pixel’s electrical charge from interfering with nearby pixels.

Each Alder Lake chip includes two sets of processing cores. There are performance cores designed to optimize the speed of hardware-intensive applications, as well as efficiency cores that can run less hardware-intensive applications using a fraction of the electricity. The performance cores are about 19% faster than Intel’s previous-generation Cypress Cove architecture when operating at the same frequency, the chipmaker says.

Alongside hardware improvements, the Galaxy Book 2 line introduces new software. A new application called Samsung Device Care highlights ways that users can optimize their laptops’ power usage and storage capacity. Also new: a feature that, according to Samsung, makes it possible to share business documents through “timed links with increased security options based on blockchain technology.”

Samsung is rolling out the two devices alongside the more accessible Galaxy Book 2 360, an updated version of the previous-generation Galaxy Book that can be turned into a tablet. It features a 12-inch display and will be available from $ 900.

The fourth device in the laptop series is the Galaxy Book2 Business. It’s a version of the Galaxy Book 2 Pro with additional software features aimed at the enterprise market.

The Galaxy Book2 Business supports Intel’s vPro technology, a suite of software tools that make it easier for information technology teams to secure employee devices and troubleshoot technical issues. The laptop also includes a feature called Tamper Alert. According to Samsung, the feature detects hacking attempts and can block malware from modifying a device’s operating system.