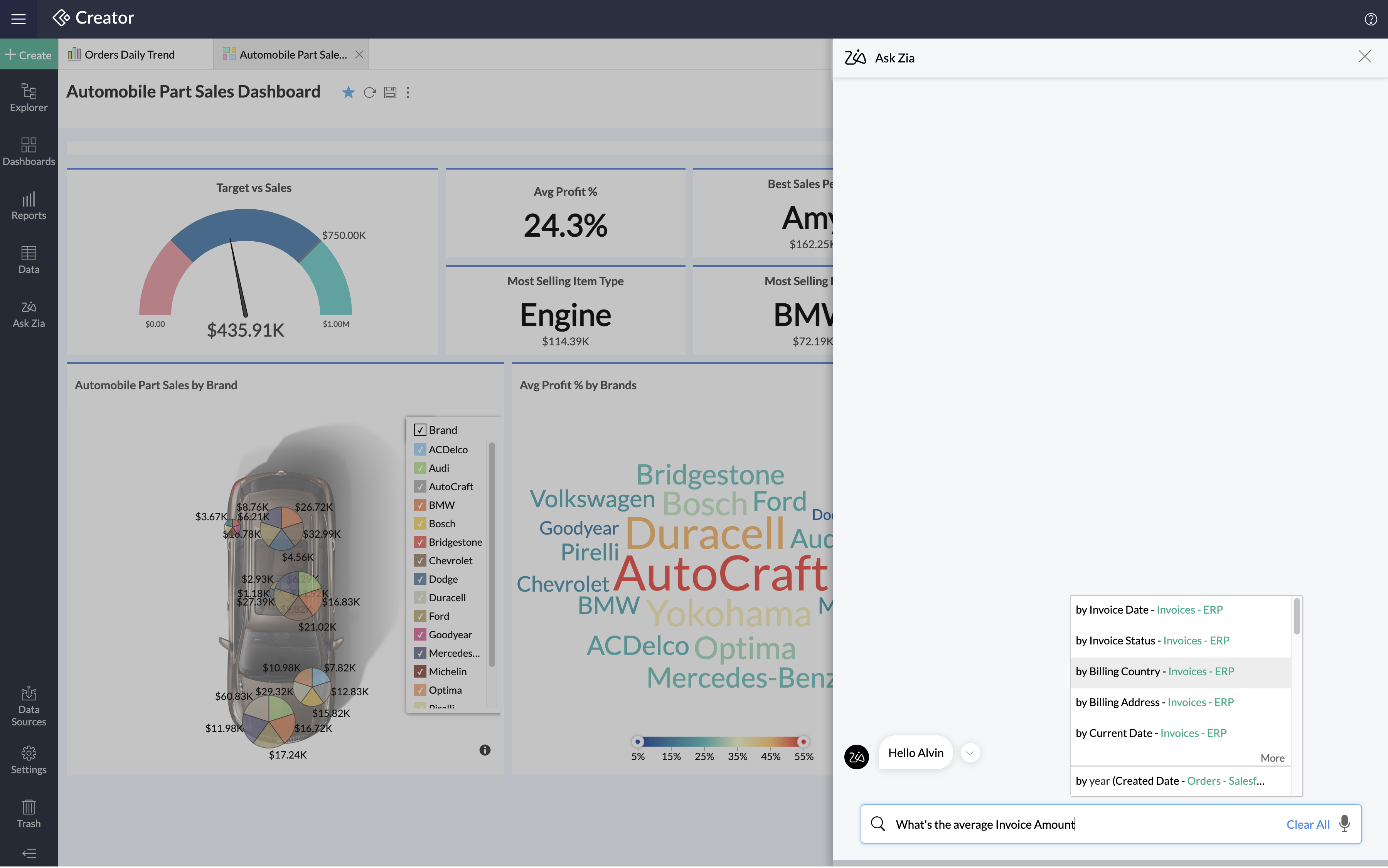 Zoho Corp., which develops a wide range of business productivity applications delivered as a service, today updated its low-code Zoho Creator Platform with features intended to support a broader range of uses.

Zoho, which claims its low-code suite enables deployment up to 10 times as fast as competing platforms, said it’s aiming to appeal to both business users and IT developers. The Creator Platform combines application development, integrations, process automation, business intelligence and analytics while enabling IT organizations to manage security, compliance, and governance.

A major new feature of this version is an included business intelligence and analytics engine that supports sophisticated functions such as predictive analytics, data alerts, what-if analysis, data blending and conversational analytics in a low-code context.

Updates to the dashboard include features for creating, integrating, analyzing and managing applications along with improved interoperability between elements and controls for IT organizations to use in setting up large-scale citizen development programs.

A drag-and-drop process builder graphically constructs an online replica of a business process by enabling users to specify each step, assign responsibilities and automatic actions based on pre-set conditions.

A status dashboard reports on recent executions, success stats and top connections for better error detection. Developers can also now launch development, testing or production environments with a single click, enabling changes to be made without disturbing applications in production.

Pricing starts at $ 25 per person.